Maintaining the supply of global products can involve complex challenges for the industry. As far back as October 2013 the EMA initiated a discussion with industry on the subject of Drug Shortages. The purpose of which, was to investigate and develop measures that may contribute to the prevention of Drug Shortages. This was later followed up with a further meeting held two years later and has remained an important topic ever since. Along the way, there has been legislative and regulatory initiatives to revise Chapters, Annexes and Guidance's of the European GMP Guide in an attempt improve and introduce preventative measures for this, e.g. Chapter 1 (PQS building on the recommendations of ICH Q10), Chapter 6 (QC and Trending), Annex 15 (Validation and Qualification, building on the recommendations of the ICH Q8 to Q11 Guidance's) and the revision of the Guidance for Good Distribution Practice (GDP) amongst others. Further to this, ICH Q12, Technical and Regulatory Considerations for Pharmaceutical Product Lifecycle Management, which is currently in elaboration, has had its review period extended to the end of 2018 to provide sufficient time for public comment.

To gain a more in-depth understanding of this critical topic, the ECA Academy has undertaken a survey of its members, the output of which is provided in the following report.

The survey consisted of 10 questions, controlled under EU General Data Protection Regulation 2016/279, 25th May 2018. All results are reported as received to ensure full transparency.

A total of 125 industry professionals responded to the survey (~1% response rate).

In the following, the survey is presented question by question with the results being provided immediately after each question in the form of pie and / or bar charts with their respective percentage breakdowns. A descriptive key / label is also provided with them.

Question 1
Where are you located?

Four fifths of those that returned the survey were from the EU (except UK) and just over a tenth from Non-EU countries. The difference was from the UK. 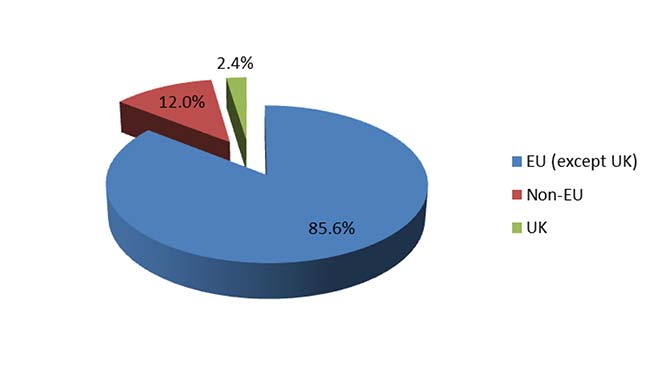 Question 2
What kind of products do you manufacture on site?

Referring to Figure 2., approximately three quarters of those that returned the survey manufactured Drug Products and the remaining fifth are equally split between the manufacture of API/Excipients and Others (refer to Figure 3. for a breakdown of these). 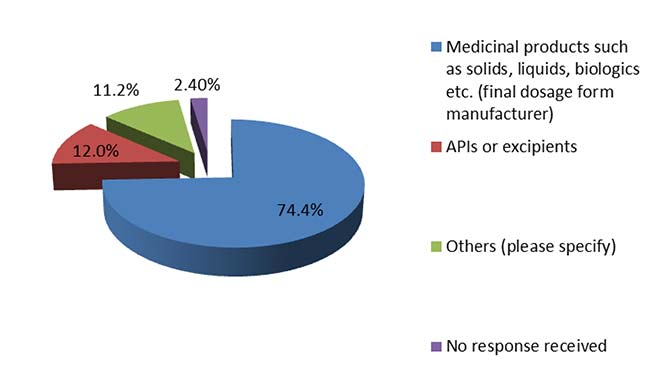 Question 3
Has your company experienced any problems with Drug Shortages in the past 3 years or do you think there is a high likelihood that this will happen in future? (e.g. lack of availability of APIs for your products, serious quality defects of finished products, GMP non-compliance resulting in ability to release products etc.).

Referring to Figure 4., three fifths of those that returned the survey had experienced Drug Shortages or quality / similar issues, whereas, a fifth had not experienced any in the past 3 years. 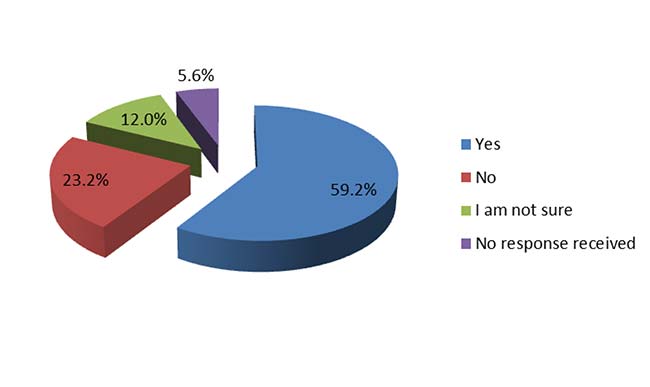 Question 4
Have you experienced any of the following quality related drug shortage problems (asked in 6 questions)?

Referring to Figure 5, nearly half of those that returned the survey, in each of 2 of the questions reported they had experienced Drug Shortage quality problems associated with API/Excipient availability and Contract Manufacturing. A third had experienced Shortages on their own manufacturing sites.

A breakdown of the replies from Figure 5. 'Others' are provided in Figure 6.

Question 5
What are the typical quality issues resulting in drug shortage (asked in 4 questions)?

Referring to Figure 5 - of those that returned the survey the major contributory factors two fifths reported quality problems related to non-compliances during drug manufacture and just over a third commented on poor audit outcomes followed by a third due to non-compliance with the MA.

Question 6
What should be done by the government to prevent drug shortages in the future (asked in 6 questions)?

Referring to Figure 6 - of those that had returned the survey nearly half commented that regulators needed to have a closer dialogue with the manufacturers, just greater than a third suggested to have a list of alternative manufacturing sites in the event of an issue. Just over a third also reported that there is a need for a EU wide database to formally notify authorities of Drug Shortages and a third reported the need to establish additional manufacturing capacity should be established within the EU.

Question 7
Do you think that your products will be impacted by Brexit? (e.g. supply chain of APIs and/or medicinal products will be affected or additional testing is requirements may result in delayed release). 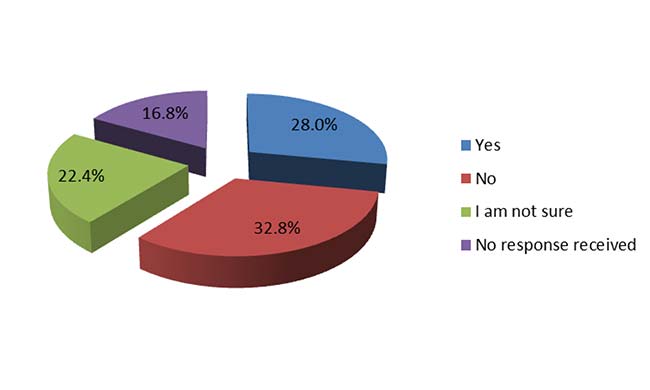 Question 8
Do you have plans to minimize impact of Brexit in your supply chain?

A third of those that returned the survey do not have plans to minimize impact on the supply chain and a third have built contingency e.g. increased stock levels. About a fifth were not sure. 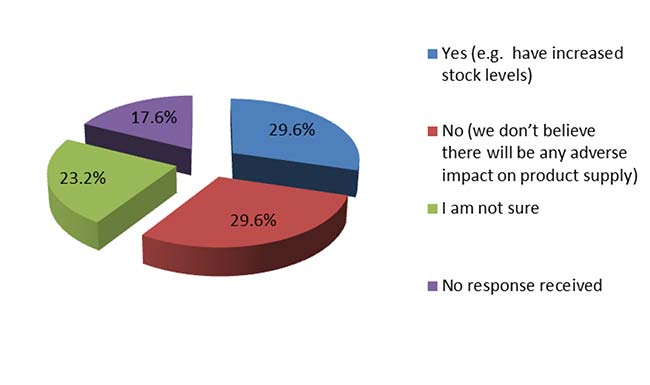 Question 9
Do you think delays in supply chain (post Brexit) could result in quality issues?

Referring to Figure 9 - two fifths of those that returned the survey didn't believe there would be any delay, three tenths were uncertain and only a tenth believed there would be. 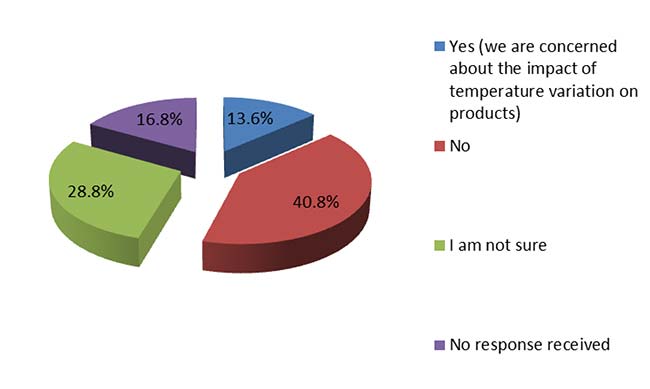 Question 10
What obligations do you think has your company in relation to drug shortage?

Referring to Figure 10 - two fifths of those returned the survey reported potential risks of Drug Shortages to their local competent authorities and about a third reported them after they were discovered. 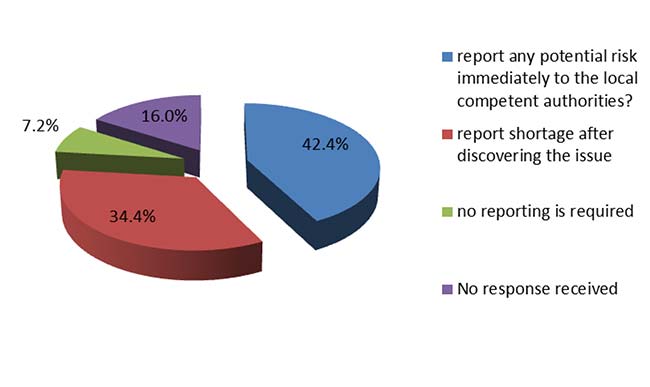